4-fluoroamphetamine (4-FA, 4-FMP, PFA, flava, 4floor, f-fluor, Flux CD cleaner, para-fluoroamphetamine, 4-fluorophenylaminopropane Flux, PAL-303) is a new psychoactive substance of amphetamine class, highly active empathogen with euphoric effects, which are considered less intense than of MDMA and more intense than of amphetamine, followed by moderate stimulation for a period from 4 to 10 hours. It was first discovered in Germany during a forensic medical examination in 2003, and by 2010 it had already been identified in 12 other European countries, both during forensic medical studies and in some clinical studies of psychostimulants users. It is noteworthy that the most recent chemical structure of 4-FA is different from the one mentioned in earlier studies in the 1980s. 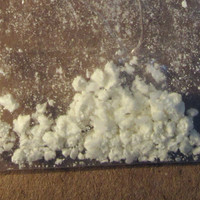 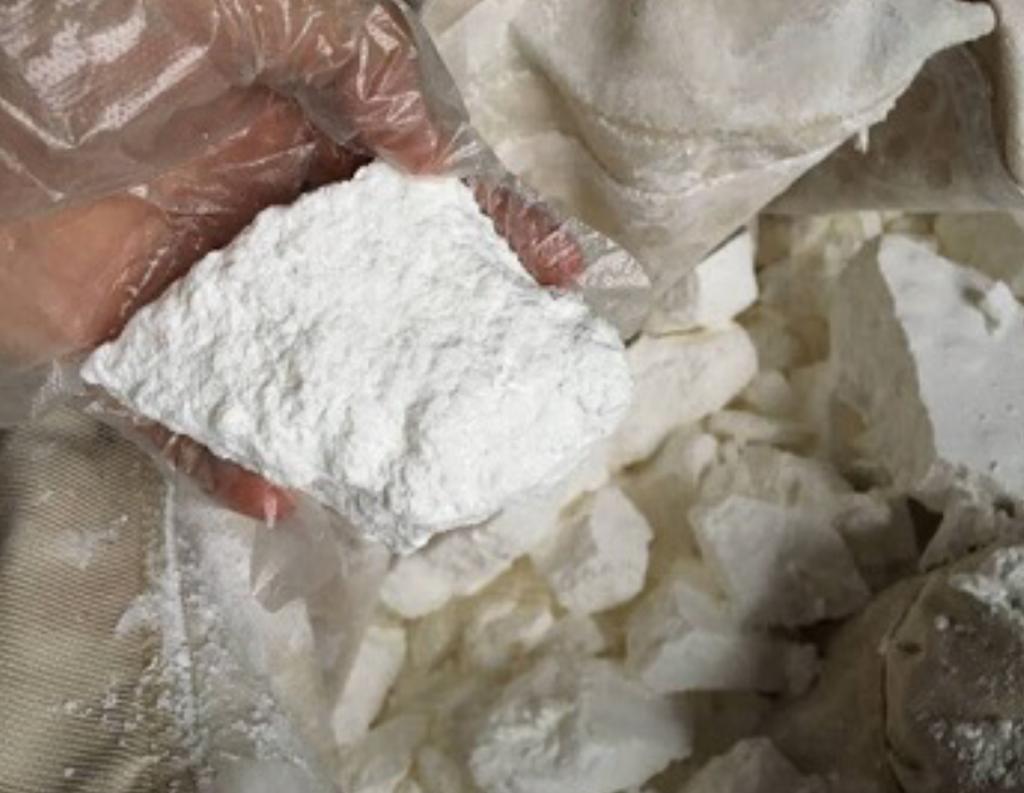 4-fluoroamphetamine molecule contains a phenethylamine core and a phenyl ring, which is connected to the amino group through an ethyl group and an additional substituted methyl group. Considering the fact that 4-fluoroamphetamine directly belongs to the class of fluorinated analogues of amphetamine, it also has a powdery appearance with low-moderate hygroscopic properties and a tendency to form stones. The colour of the substance is usually light yellow, beige, cream, pungent to taste, but it has slightly saturated smell, different from amphetamine. 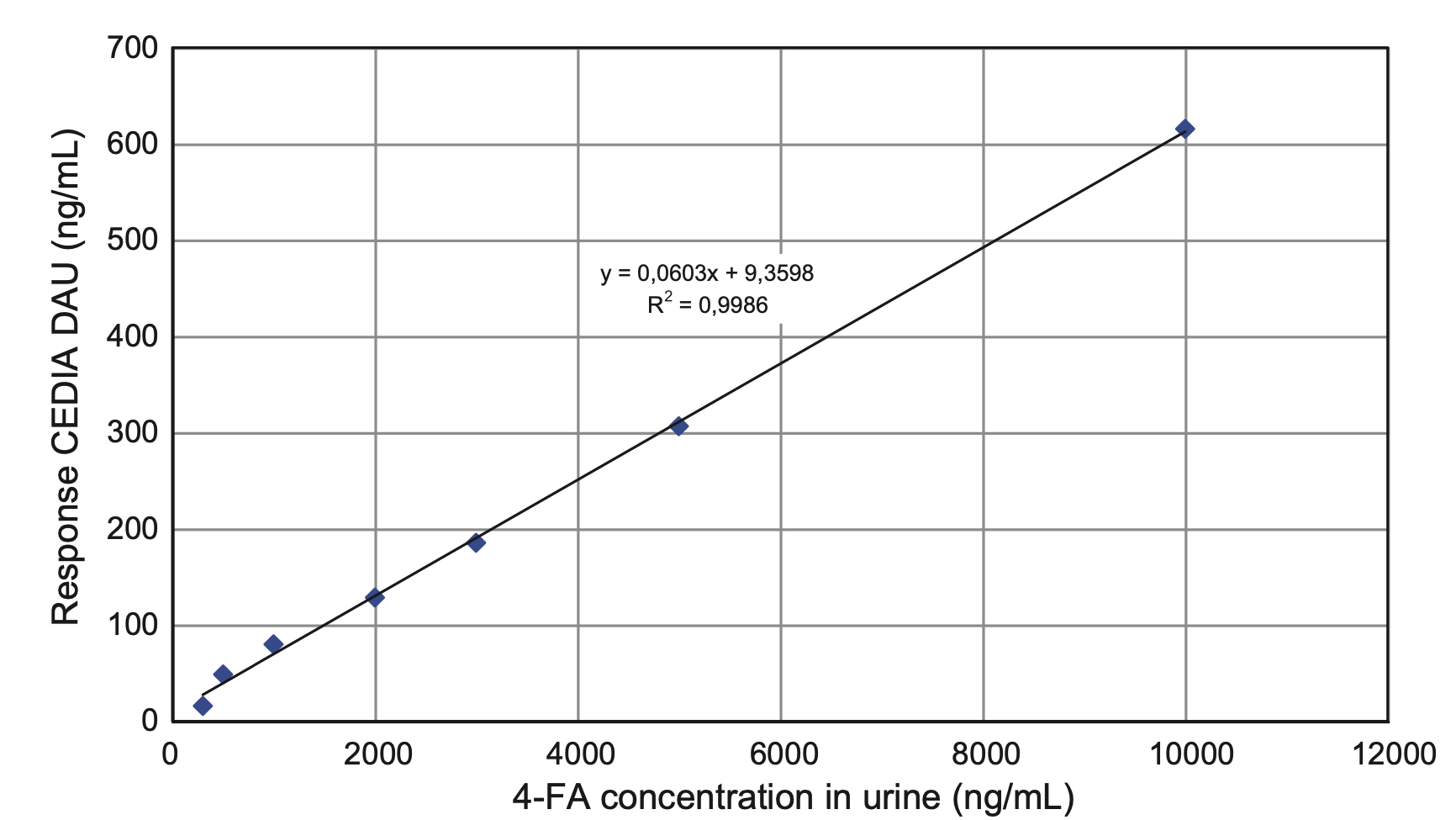 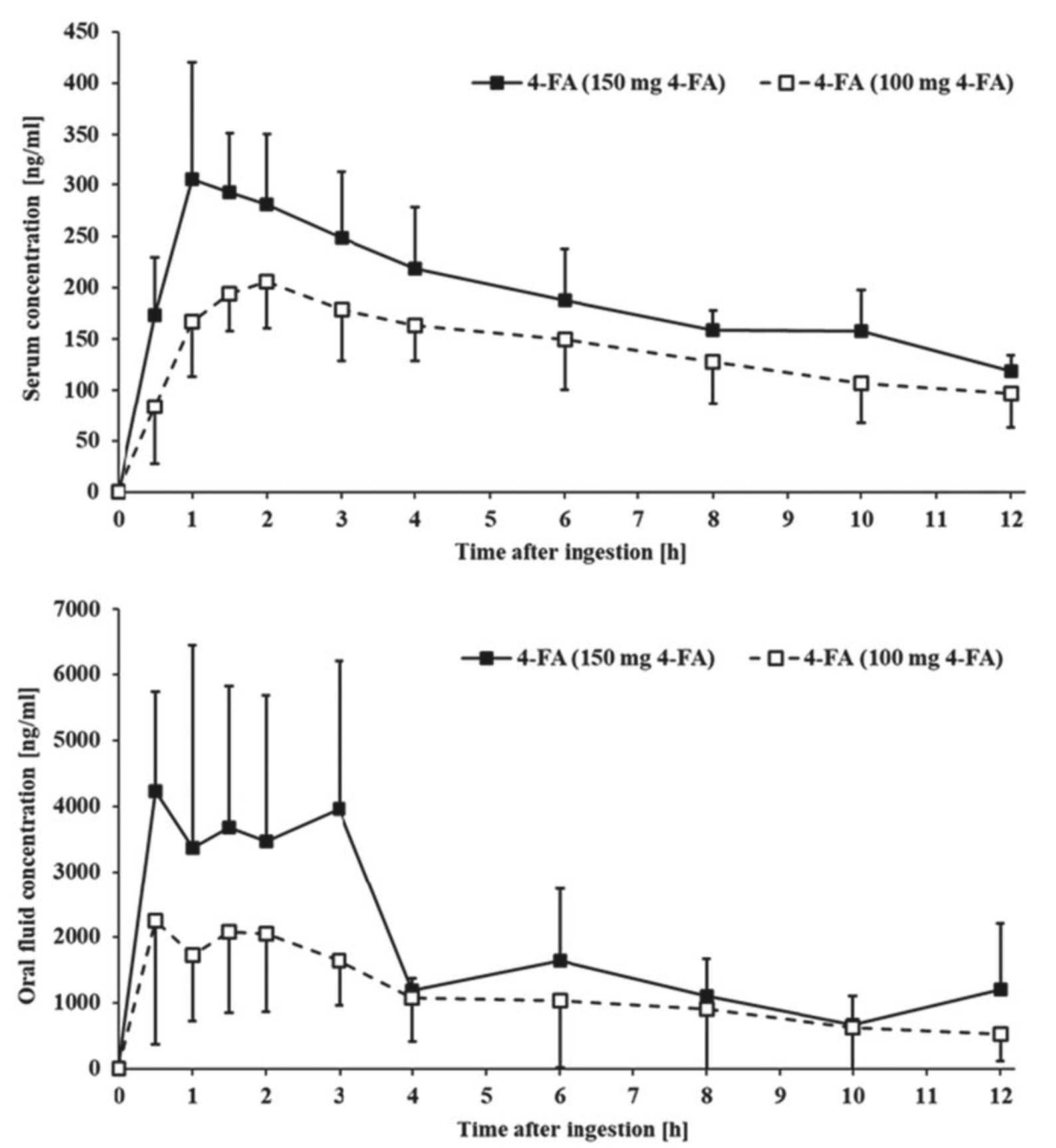 There is evidence of cross-reactivity in positive tests for amphetamine and MDMA, with only 4-FA present throughout CEDIA DAU screening, where its average value is 307 ng/ml with a cut-off concentration of 250 ng/ml. Also, analysis by Abbott TDx offers some confirmation of the data. 4-FA kinetics was studied even in earwax (which is one of the important stages of medical examination together with the study of presence of psychoactive substance in hair and nails for time of use identification). So, in 1 hour after oral administration of 150 mg of 4-FA, its concentration in earwax reaches on average 1,52 ng/mg. Detection time of the substance in earwax can be up to 7 days.
Pharmacodynamic activities of 4-fluoroamphetamine consists of a classic cascade of amphetamines, including release of NE, DA and 5-HT in the brain and inhibition of their reuptake. It was proved that 4-FA most strongly induces the release of NE, then DA and 5-HT (EC50 <50, <200 and <1000 nM, respectively). A similar effect was observed when inhibiting the reuptake of these neurotransmitters (the IC50 values for NE, DA and 5-HT were <0.4, <4 and <20 M, respectively). In experimental studies, it was proved that 4-FA effect on the dopaminergic system in the nucleus accumbens is much higher than on the serotonergic system. So, in the presence of 4-FA at a dose of 1 mg/kg in rats, the DA level increased by 300%, and the level of 5-HT only by 30%. In the striatum, the DA increased to 800%.

Clinical effects of use.
In studies by Brunt and Linsen, it is reported that users identify a variety of effects after 4-FA intake, mainly related to the affiliation of the substance to the amphetamine group. Most often the symptoms of 4-FA intoxication includes: decreased appetite, dryness of the mucous membranes, sweating, mydriasis, tingling in the body, difficulties with coordination, bruxism, increased energy and a surge of strength, difficulties with coordination, hyperactivity and an increase in body temperature.

At the moment, there are only few articles describing the cases of acute 4-fluoroamphetamine toxicity. One of the clinical cases, a patient with acute intoxication with laboratory-confirmed presence of a substance (concentration in urine of 64 mg/l) was presented. The patient received intensive treatment in the intensive care unit for cardiogenic shock. Invasive ventilation was performed; he recovered within two weeks and was discharged from the hospital in a satisfactory condition. The second clinical case was associated with serotonin syndrome after use of 200 mg of 4-FA. He was admitted to the intensive care unit 4 hours later with sympathomimetic effects: pronounced agitation, hyperreflexia, mydriasis, diaphoresis, tachycardia, an increase in body temperature to 41.4 C. After ice water immersion, intensive therapy, he was discharged from the hospital the next day with improvement.

Methods of use, doses, interactions.
It is recommended to use mainly by oral administration through the use of gelatin capsules. It is advisable not to eat food for 2 hours in advance and to start taking proton pump inhibitors (omeprazole) 1 day before use. The light oral dose is 0.5-0.9 mg/kg, and it is always recommended starting with the minimum doses. The average dose of the substance is 0.9-1.4 mg/kg, a high dose is any dose exceeding 1.4 mg/kg. Other method is intranasal administration. The average dose for this method is 0.3-0.5 mg/kg. The onset of action of the substance occurs within 30 minutes with a tendency to an increase in empathogenic state, low euphoria, classic effects of psychostimulants.

At the initial stage there could be nausea, dyspepsia, discomfort in the upper abdomen and chest, then the symptoms could be completely leveled. The duration of the effects is 3-6 hours with a smooth transition to post-effects, which can last for a day.

Low risks when 4-FA is used together with the following substances: benzodiazepines, SSRI, MDMA.

It is extremely dangerous to use 4-fluoroamphetamine together with αMT, tramadol, other opioid receptor agonists, MAO inhibitors.
​

Last edited by a moderator: Dec 11, 2021
You must log in or register to reply here.
Top