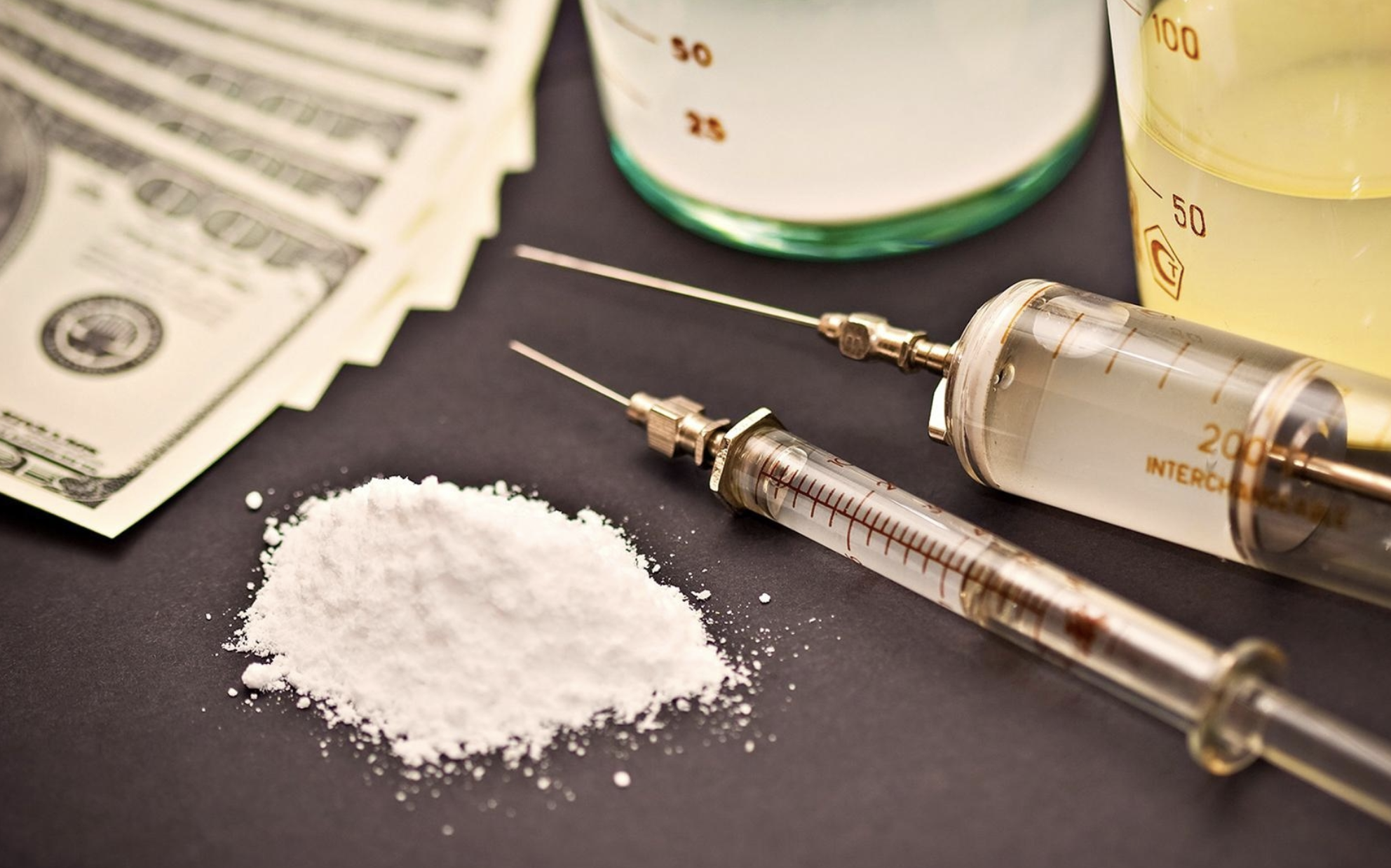 4-Methylmethcathinone or Mephedrone is a β-ketoamphetamine belonging to the family of synthetic cathinones, an emerging class of designer drugs known for their hallucinogenic and psychostimulant properties, as well as for their abuse potential. Drugs from this class of compounds are known to produce central nervous system stimulation, psychoactivity and hallucinations. A research chemical first developed as an analogue of MDMA in 1929, it eventually became popular among recreational drug users between 2007 and 2009 as it became available for purchase online in dark markets.

BACKGROUND AND HISTORY.
According to the European Monitoring Centre for Drugs and Drug Addiction, Saem de Burnaga Sanchez first recorded the synthesis of mephedrone in a French medical journal in 1929. The substance remained an obscurity until 2003, when it was re-discovered by an underground chemist called ‘Kinetic’.
In Israel, a drug similar to mephedrone containing cathinone was sold legally from around 2004. The drug was called ‘hagigat’ and the Israeli government eventually banned it. The cathinone was modified (independently or possibly using Kinetic’s rediscovered formula) and the new legal product, mephedrone, was synthesised. A few budding entrepreneurs quickly scaled mephedrone production, and the drug was originally distributed by Israeli websites in capsule form and branded as Sub Coca or Neo-Doves. Israel had witnessed the first mass market in mephedrone. The drug was first made illegal here in 2008. Mephedrone was also cleverly marketed online through social media, dark forums and with advertisement appearing on the back of serious online news feeds. The true chemical formula of mephedrone remained hidden until it was revealed on an underground online forum. The secret was out and other countries quickly became involved in distribution, with the Chinese imitating the manufacturing process, and eventually taking over production. More competition drove the price down and increased the drugs' availability.
​
Dark market and street slang: Meph, meow, meow-meow, m-cat, plant food, drone, bubbles, kitty cat.

LEGAL STATUS.
Mephedrone is a Schedule I stimulant under the Controlled Substances Act of US. Despite the re-classification of mephedrone as a Class B restricted substance by the United Kingdom and restrictive legislation by the United States, international policy regarding mephedrone control is still developing and interest in synthetic amphetamine-like drugs could drive the development of future mephedrone analogues.

Australia.
According to one contributor, a large bust in Cairns seized 2000 doses of 4-methylmethcathinone and was subsequently added to the Australian federal drug watch list and is now considered illegal if intended for human consumption.

Austria.
Austria reportedly banned 4-methylmethcathinone on Aug 20, 2010 in their SMG.

Belgium.
Belgium banned 4-methylmethcathinone on Apr 29 2010, by making it a regulated drug requiring the approval of the Ministry of Human Health to import, sell, or possess.

Brazil.
Brazil added 4-methylmethcathinone (mephedrone) to the list of Scheduled drugs (class F2), making it illegal to possess, sell, or manufacture without a licence as of August 2011.

Denmark.
Denmark's Minister for Health and Prevention Jakob Axel Nielsen banned "mephedrone", "flephedrone" and ethylcathinone on Dec 18, 2008. As of July 1, 2012, Denmark also created a type of Analogue law that would include cathinones.

Finland.
Through the Medicines Act, 4-methylmethcathinone is classified as a "medicinal product", making it illegal to manufacture, import, possess, sell, or transfer it without a prescription.

France.
The french Ministry of Health decided in early June 2010 to add 4-Methylmethcathinone to the list of illicit substances.

Germany.
4-Methylmethcathinone has been added to Anlage I starting Jan 22, 2010 and will then be controlled in Germany.

India.
4-Methylmethcathinone seems to have been added to the list of controlled psychotropic substances sometime in 2014 but a few media outlets refer to the date as Feb or Mar 2015.

Israel.
In December 2007, 4-methylmethcathinone was added to Israel's list of controlled substances, making it illegal to buy, sell, or possess. Further, Israel banned four "families" of substances and their derivatives in July 2010. The families are cathinones, methcathinones, amphetamines, and methamphetamines.

Italy.
Listed in Tabella I of "Tabelle delle sostanze stupefacenti e psicotrope", making it illegal to possess, purchase, or sell.

Netherlands.
In March 2010, the Dutch Ministry of Health and the Medicines Authority IGZ informed the Ministry of Justice that they now consider Mephedrone an unregulated medicine and sales and distribution of it are now prohibited.

New Zealand.
Although one contributor stated that 4-methylmethcathinone was controlled in December 2008, this has been disputed by another visitor. We have been unable to find any documentation that it is controlled in New Zealand.

Poland.
On Aug 25, 2010, 4-Methylmethcathinone was added to the list of controlled "psychotropic drugs" in the I-P group.

Romania.
4-Methylmethcathinone was added to Romania's list of controlled substances in February 2010.

Russia.
Methylone & Mephedrone are in List 1 in Russian Federation as if August 2010. This means it is illegal to manufacture, buy, possess, or distribute.

United Kingdom.
4-Methylmethcathinone is a class B drug, illegal to possess without the proper license or prescription, as of Apr 16, 2010. ​
Click to expand...

PHARMACODYNAMICS AND NEUROCHEMISTRY.
Mephedrone reversibly changes the configuration of the dopamine transporter and there is a change in the transporter flow (DAT) and an increase in the concentration of dopamine in the inter synaptic space by activation of D2/D1/D3, but without affecting VMAT2. Serotonin stimulation remains subtle under the powerful pressure of dopamine, but is still present due to low-afin activation of 5-HT2A, 5-HT1A, 5-HT2C, 5-HT2B (SERT).
Mephedrone can be consumed for a long time because it is an inhibitor of dopamine reuptake (and serotonin), so mephedrone does not affect vesicular storage, but affects only the transfer of monoamines beyond the plasma membrane and our body in response changes the expression of receptors, protecting them from excessive chemical stimulation. All this explains the adynamic and demotivational state after chronic abuse of almost any psychoactive substances affecting DAT and SERT. DAT/SERT - 2.41.

MAIN PHYSICAL EFFECTS.
Generally described as being more intense of a stimulant than MDMA, providing greater euphoria, but with somewhat less of an empathogenic feel and a shorter length to the 'rush.' It is often reported as very 'fiendish,' with the tendency to cause users to redose repeatedly throughout the experience. 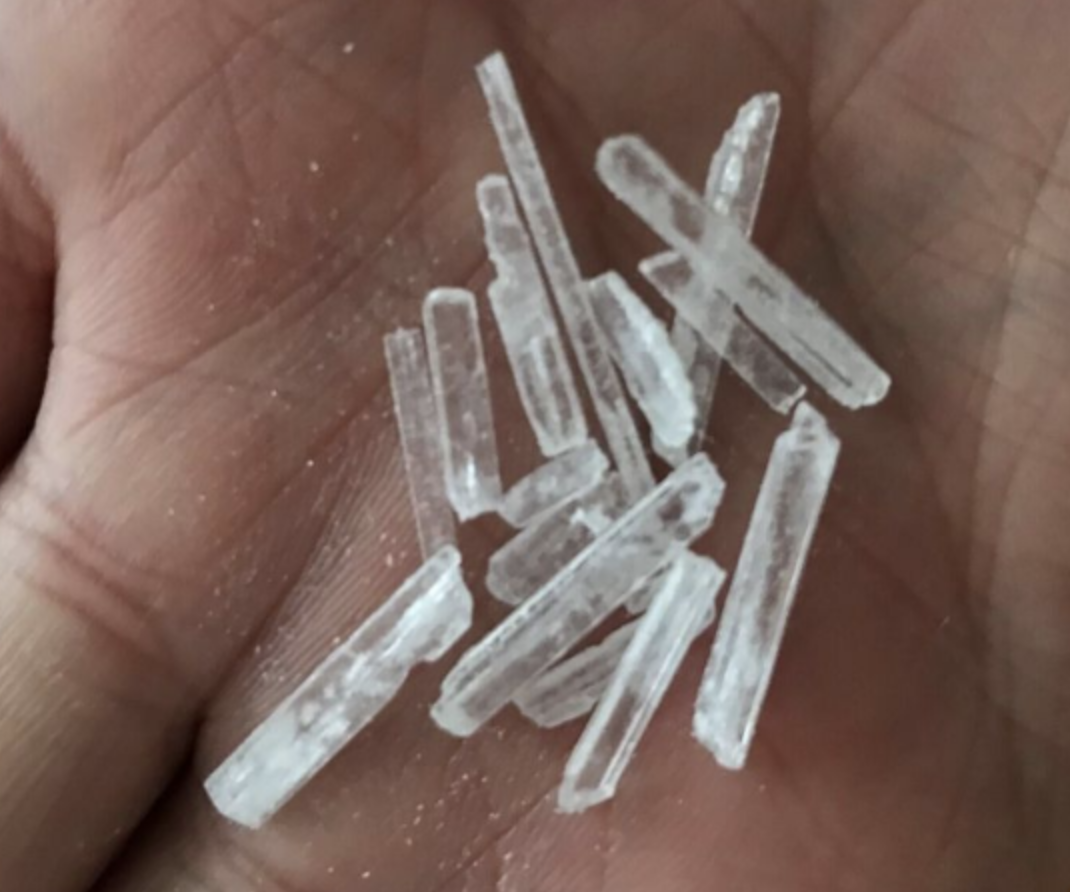 In case of an overdose, the limbs turn blue and there are signs such as chest pain and paranoia. Mephedrone is absolutely not suitable for chronic use, although it does not give a pronounced tolerance to neurotransmitters. Changes in the psyche are possible, but reversible. During use, memory suffers and mental status becomes paranoidal. It is also worth noting the effect of mephedrone on the skin and its appendages - due to the pronounced constant spasm of blood vessels, collagen synthesis decreases, which affects the skin visually. The cardiovascular system suffers from prolonged use of its resources due to mephedrone stimulation of adrenergic receptors, but mephedrone does not have direct cardiotoxicity due to metabolites such as MDMA or cocaine. The lack of side effects with low tolerance potential makes mephedrone a drug that causes severe dependence.

With the use of mephedrone orally, there are certain difficulties, which are more often reduced to the quality of the product. The only disadvantage of the method of use is that a lot of substance is required. It's all about cytochromes P450, which carry out the main metabolism of mephedrone and to achieve a threshold effect will require a slightly larger amount compared to the intranasal method. There are combinations of oral mephedrone with methylone, the "cousin" of MDMA. Such a combination can significantly reduce the consumption of mephedrone and thereby minimize intestinal side effects, as well as prolong the euphoric part of the trip.

The most common way to use mephedrone is intranasal. The dosage in users with an average tolerance to the substance is usually high and ranges from 250-400 mg. This method causes trauma to the nasal mucosa and gives serious discomfort sensations when consumed. The active effect of the substance is short, and the time of general action does not exceed more than 30 minutes in duration.

About 20% of mephedrone users take intravenously.

✓ Cytochrome P450 2D6 (CYP2D6) is an enzyme that is encoded in humans by the CYP2D6 gene. CYP2D6 is mainly expressed in the liver. It is also highly expressed in areas of the central nervous system, including the substantia nistantia. CYP2D6, a member of the cytochrome P450 mixed oxidase system, is one of the most important enzymes involved in the metabolism of xenobiotics in the body. Specifically, CYP2D6 is responsible for the metabolism and elimination of approximately 25% of clinically used drugs by adding or removing certain functional groups, such as hydroxylation, demethylation, and demethylation. CYP2D6 also activates some prodrugs and metabolizes several endogenous substances such as hydroxytryptamines, neurosteroids, and m-tyramine and p-tyramine, which CYP2D6 metabolizes into dopamine in the brain and liver.

✓ Mephedrone does not convert to catechin metabolites, like MDMA and does not poison the body by free radicals of oxygen and nitrogen due to strong redox reactions in the process of metabolism.​
Click to expand... 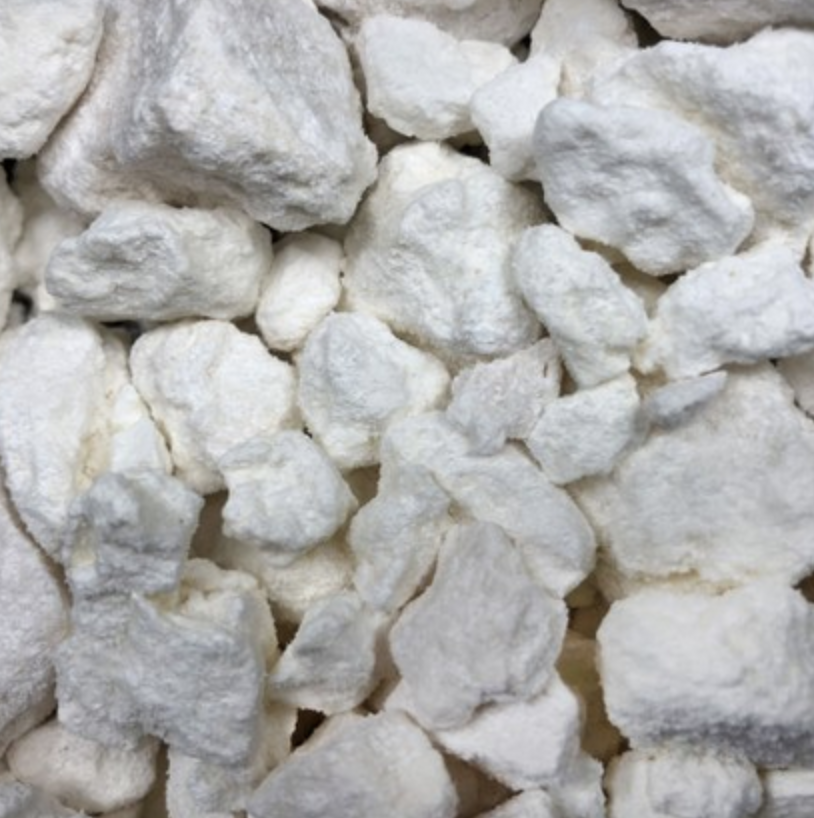 ADDICTION.
It has been established that there is a potential for the development of physical dependence in chronic abuse of mephedrone. Most of the symptoms that are associated with mephedrone withdrawal syndrome appear to be predominantly psychological in nature. Observing that a person has intermittent periods of extreme energy, sociability, friendliness, and even possible psychosis, followed by withdrawal symptoms, suggests a very serious case of drug abuse. There is no standard treatment plan specifically designed for mephedrone addiction and addiction, due to limited scientific knowledge of the substance. When using the drug, there is a feeling of general stimulation and euphoria, as well as improving mood and cognitive functions. The effects of the drug are produced as a result of how it affects the central nervous system, where patterns of movement and reward are controlled. How intense your symptoms will be correlated with how long you abuse the substance. There is no set timeline for avoiding mephedrone, but it is believed that there is a similarity with the withdrawal schedule of other stimulant drugs. The exact timeline will depend on the duration of use and dosage during chronic use.

Chronic mephedrone user habitus:
✓ Difficulty sleeping;
✓ Muscle contractions;
✓ Seeing and hearing things that aren’t there;
✓ Needing to use more mephedrone to get the same effect;
✓ Dependence;
✓ Financial and social problems. 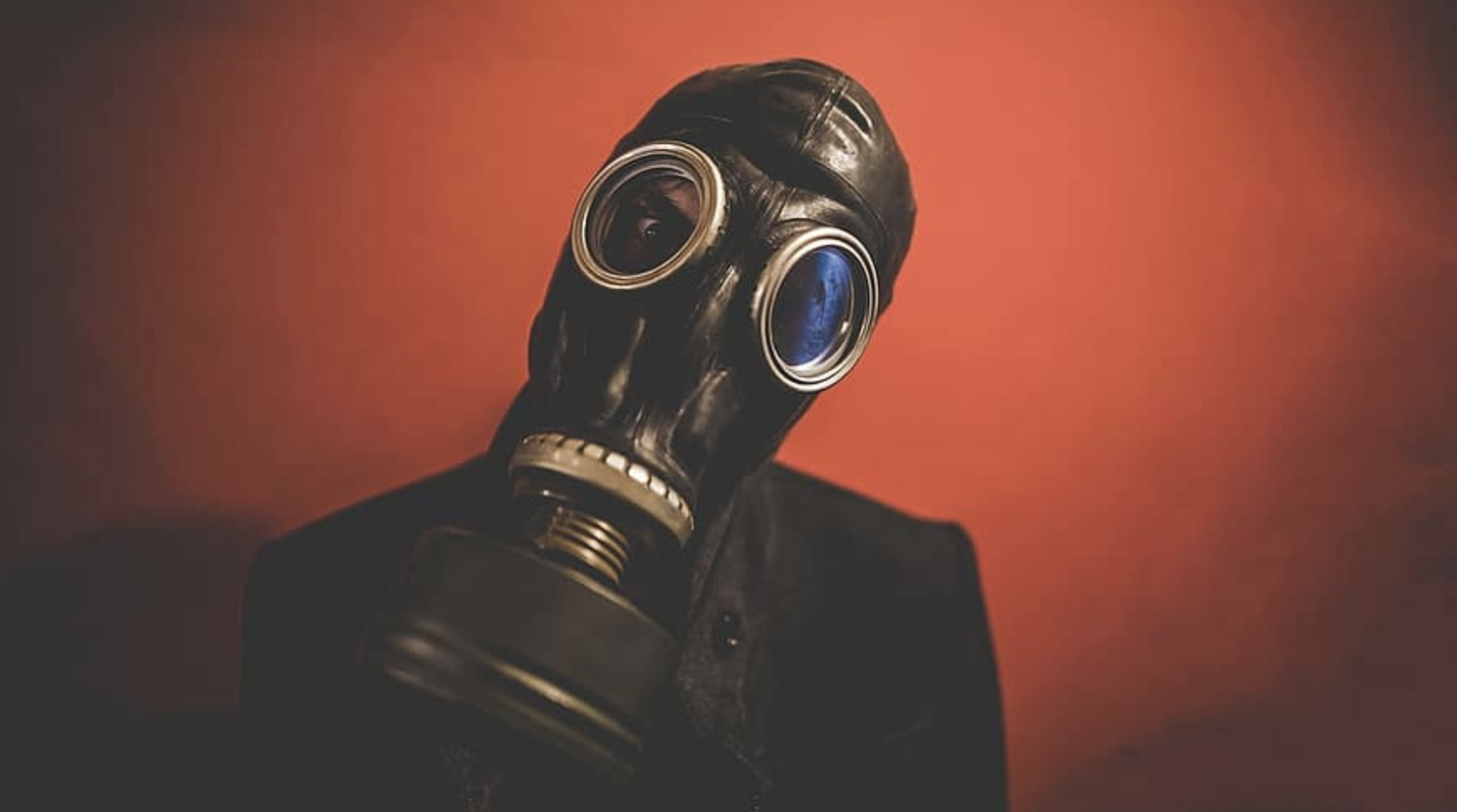 Risks: ​
Symptoms: ​
FIRST AID. ​
Drugs of primary choice - benzodiazepines by priority:​
High blood pressure and chest pain: ​
Very frequent and irregular heart rate:​
The use of non-selective beta-blockers to cut heart rate is not recommended. ​
Last edited by a moderator: Dec 6, 2021
You must log in or register to reply here.
Top