Introduction.
Synthetic cathinones, one of which is 4-mmc, are getting more and more popular on Europe trade markets. It is widely known that mephedrone use is associated with undesirable hemodynamic effects and excessive intoxication, leading to lethal outcomes. Nowadays, there aren't any accessible studies on mephedrone's toxicity, studies on LD50. There were some cases of death with analytically confirmed 4-mmc in biological samples of deceased. Findings, obtained during this experiment, are a valuable contribution to researching mephedrone, and are indicating its toxic potential and hazard.

The aim of this study is to determine and analyze the data on acute toxicity in rats after intragastric and intraperitoneal injection of mephedrone.

Materials and methods.
The study was conducted on 144 male Wistar rats weighing 180-200 g. in accordance with GLP standards. The air temperature was 20 degrees Celsius in all cells, the conditions of keep were the same. The light/dark cycle, with a periodicity of 12 hours. 3 groups were identified with 6 subgroups (A1, A2, A3, A4, A5, A6; B1, B2, B3, B4, B5, B6 and C1, C2, C3, C4, C5, C6) of 8 rats in each subgroup according to dosages. Group A - the substance was injected intraperitoneally. Group B - the substance was injected through a gastric tube. Group C (control group) – intact animals that were administered equivalent doses of 0.9% NaCl solution. 4-mmc was dissolved in 0.9% buffer solution at appropriate concentrations. 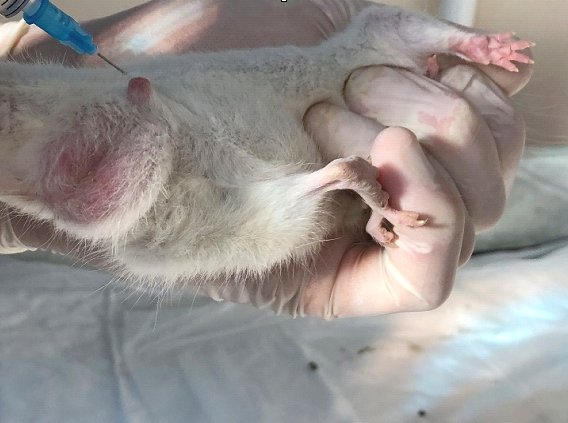 Results and discussion.
Evaluation of toxic action of researched substance in experimental animals was carried out according to the clinical presentation of intoxication and survival rate. Results were determined using the method Zalpi V. with LD50 statement. Intragastric administration of the substance to Group B animals at doses ranged 400-800 mg/kg invoked the following clinical presentation: during 4 minutes and 20 seconds breathing has become more frequent, they sit motionless for a long time, there is no defecation and urination, they do not drink water. After 8-15 minutes, the rats slowly move around the perimeter of the site, breathing is rapid, there is no defecation, urination is active, repeated. After 20-30 minutes, the rats move slowly or moderately, breathing is rapid, repeated urination and defecation. After 70-80 minutes, the rats begin to move faster around the perimeter, they begin to drink water. After 3 hours and 20 minutes, the rats drink water, active grooming is manifested. These symptoms manifested in rats from Group A that received the substance at doses of 200-700 mg/kg with different degrees of severity and duration, however, the beginning of the effects was significantly faster comparing to the Group A. So, after injection the clinical presentation remained during 1 minute 40 seconds. 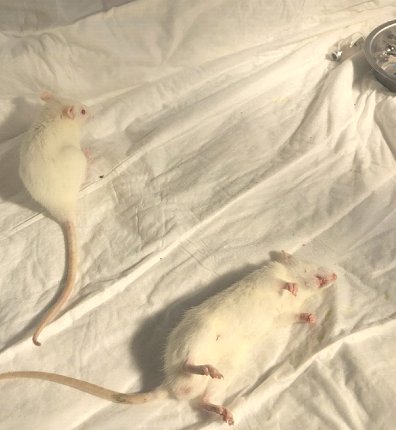 Animals of Group A(5,6), received 1600 and 2200 mg/kg., after injection fell into stupor for30-80 seconds. Clinical indications included: breathing tachypnoea, significantly reduced reflex of the normal position when turning on the back. Ptosis and myosis were registered. Defecation and urination began at 30-40 minutes. Then, tonic convulsions occurred, within 5-10 minutes turning into convulsions caused by asphyxia (clonic, shortness of breath, cyanosis). Within 3-5 minutes, death occurred. Clinical indications of subgroups B (5 and 6) were similar to subgroups A (5 and 6), however the severity of the indicators was less, and duration was longer. Death occurred within 2 to 4 hours.

General conclusion.​
Last edited by a moderator: Dec 9, 2021
You must log in or register to reply here.
Top