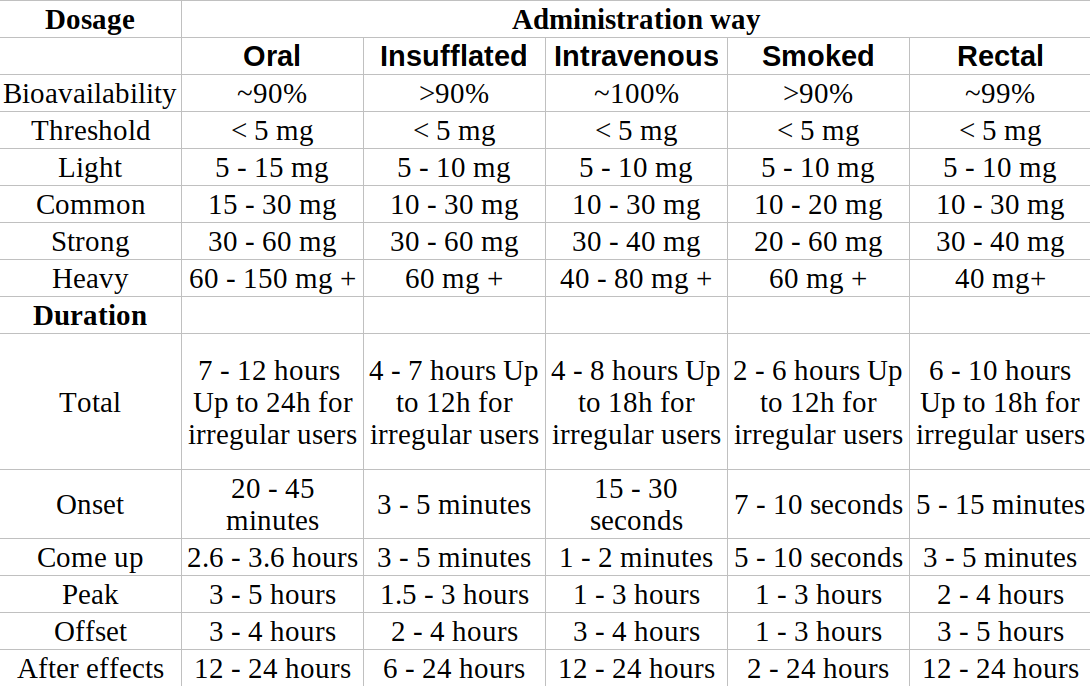 In addition to releasing potent amounts of monoamines, MA has a high lipid solubility which leads to a relatively fast transfer of the drug across the blood-brain barrier and a quick onset in comparison to other stimulants. All of this results in feelings of reward, euphoria, and stimulation as well as an unpleasant offset.

Data on seizures of ATS (Amphetamine-type stimulants) suggest that, at the global level, global trafficking in ATS continues to be dominated by methamphetamine. Seventy-two per cent of ATS seized over the period 2016–2020 was related to methamphetamine, followed by Amphetamine (17 percent) and “ecstasy” (4 percent), with the remainder being other ATS*.

The number of countries reporting seizures of 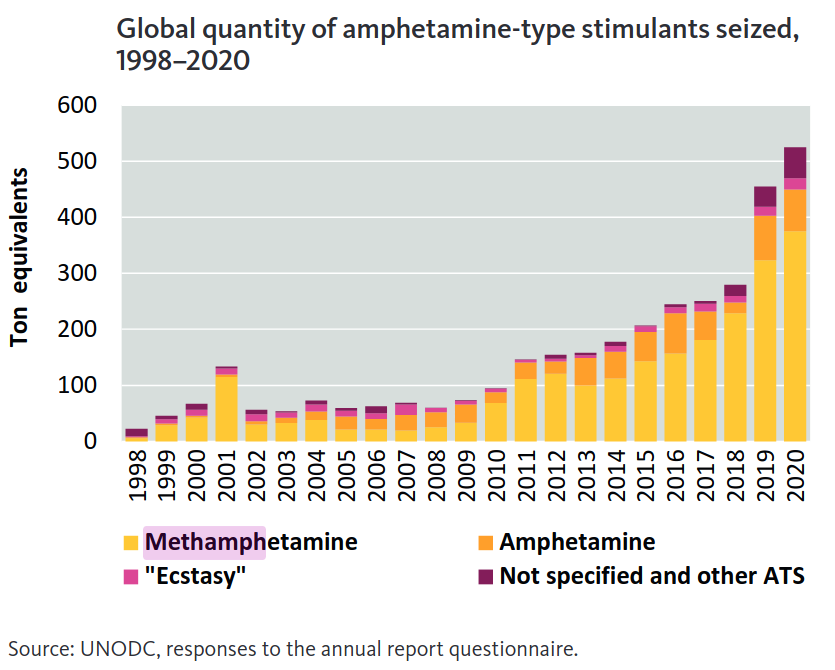 The manufacture of all major ATS is affected by trends relating to their various precursors and precursors. Once any such chemical substance not under international control is scheduled, chemists at manufacturing sites explore the use of alternatives. As a result, many manufacturing sites produce not only ATS end products but also the precursors required in the manufacturing process. That tends to give a competitive edge to organized crime groups that have, in loco or can afford to hire from abroad, highly qualified chemists.

*The category “other ATS” includes a number of pharmaceutical stimulants, such as methylphenidate, dexamphetamine, phenmetrazine, and Adderall (a trade name for a combination of racemic Amphetamine and dextroamphetamine), synthetic cathinones under international control (e.g. methcathinone, mephedrone, methylone or 3,4-methylenedioxypyrovalerone (MDPV), originally often marketed as Bath salts) and non-specified ATS.